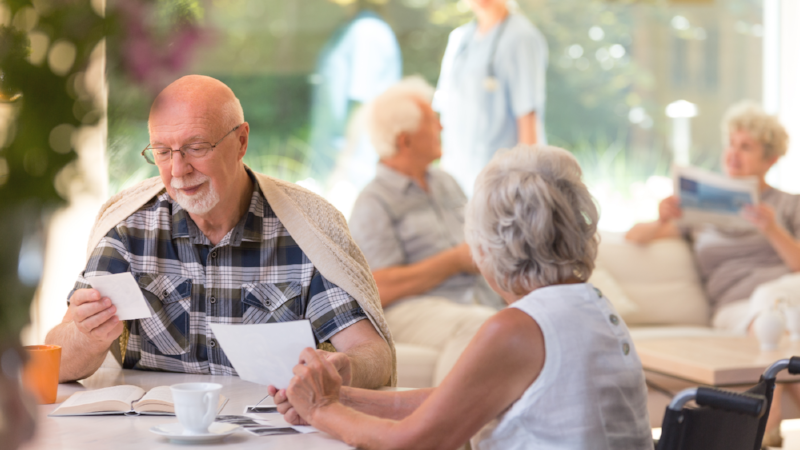 As government prepares to launch Green Paper, views differ on how and how much individuals should be required to pay.

As we await the government’s long overdue Green Paper on social care, new research* from pension and investment provider Aegon shows a clear consensus on the need for a deal between the state and the individual to allow sharing of costs but reveals divisions on how and how much individuals should pay.

The research found that given a choice between the government funding social care through income tax, individuals paying the full cost themselves or government and individuals sharing the cost, 68% of people opted for the latter option. Support for a system based on sharing costs was fairly consistent across age groups with those aged 18-30 and those aged 51-64 in favour of the option, with 74% and 68% supporting the option respectively.

The challenge for the Green Paper will be to determine what level of contributions individuals are willing to accept and how low remaining assets will need to fall to before the state picks up an individual’s full care costs. The Conservative Party’s 2017 manifesto sparked a backlash when it suggested individuals might have to pay for care until the value of their assets, including their property reached a floor of £100,000. Aegon’s research indicates that including property when assessing entitlement to state payments will prove unpopular, with 57% of people against the idea and a further 20% unsure. The majority were against this across all age groups.

Support for a cap on the total individuals should have to pay is strong with 64% in favour of an upper limit on the total they’d pay.

When people were asked how they would fund care if they needed it, pensions was the most popular choice (32%).

Commenting on the findings, Steven Cameron, Pensions Director at Aegon said: “While there’s widespread agreement on the need for a deal between individuals and the state on a system where both contribute to care costs, the detail on how much individuals should pay is fraught with political difficulties.

“Funding social care raises many questions of fairness across the generations, so the fact that there’s support for sharing costs across age groups will be welcomed by Government.

“Our research indicates strong support for a cap on the amount people will be expected to pay. This will allow people to plan ahead while also protecting inheritance aspirations.

“But after the Government’s pre-election proposals were heavily criticised as a ‘dementia tax’, the more controversial question is how low a ‘floor’ will an individual’s assets need to fall to before the state picks up the full costs of care. And crucially, will the value of an individual’s home be counted when assessing eligibility for Government support? Our surveys repeatedly show people are very reluctant to sell their homes to pay for care. But given so much of many people’s wealth is tied up in property, it’s hard to overlook it.

“Pensions are the most popular option for paying for care and in our view they’re well suited to the task. We’d encourage the government to think about offering people incentives to ring-fence part of their pension for later life to pay for care should they need it.”

*Research was conducted by Aegon with the Aegon UK consumer panel. Total sample size was 1,027 adults aged 18 and above. Fieldwork was undertaken in the second half of June 2018.